This is a group of CHS (class of '60') ladies that meet once a month (and have for several years), for a luncheon.  Their goal...is to enjoy one another and have a fun afternoon with many of their past school friends, plus many have made new friends they had not known in school! This has been a wonderful experience for many of them, who may have lost touch with some of their friends...to reconnect!  They share some of their life pleasures and also, some sadness when they know one of them is ill or they lose a classmate!  Below are a few random months/years slideshows of some of their get-togethers.

Hover your cursor on the picture under the month/year you wish to see.  You then will be given the option to watch the other photos for that month/year as a slide show by clicking on "play" or you can scroll through them at your own pace by using the arrows. ing the arrows. 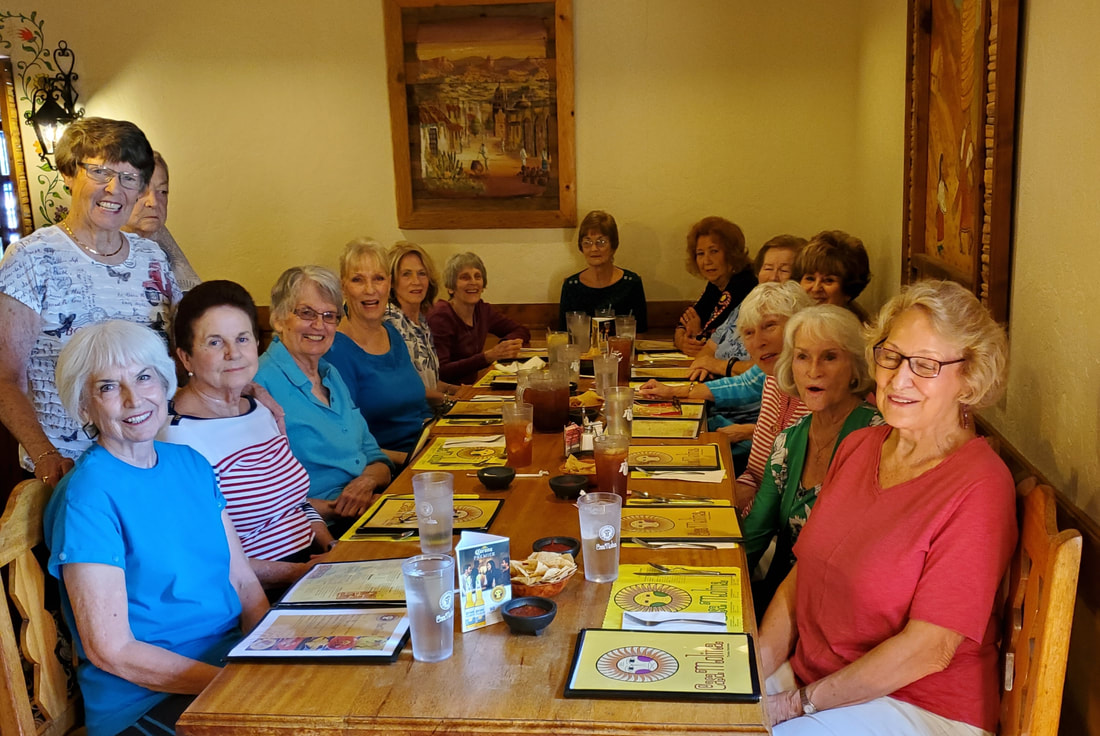 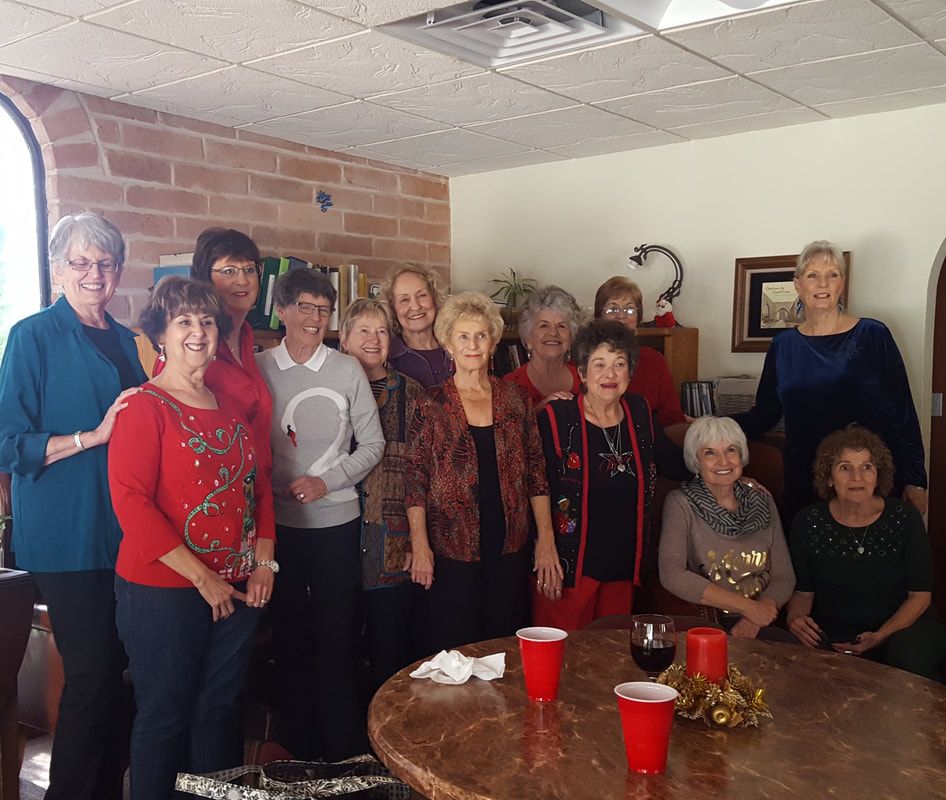 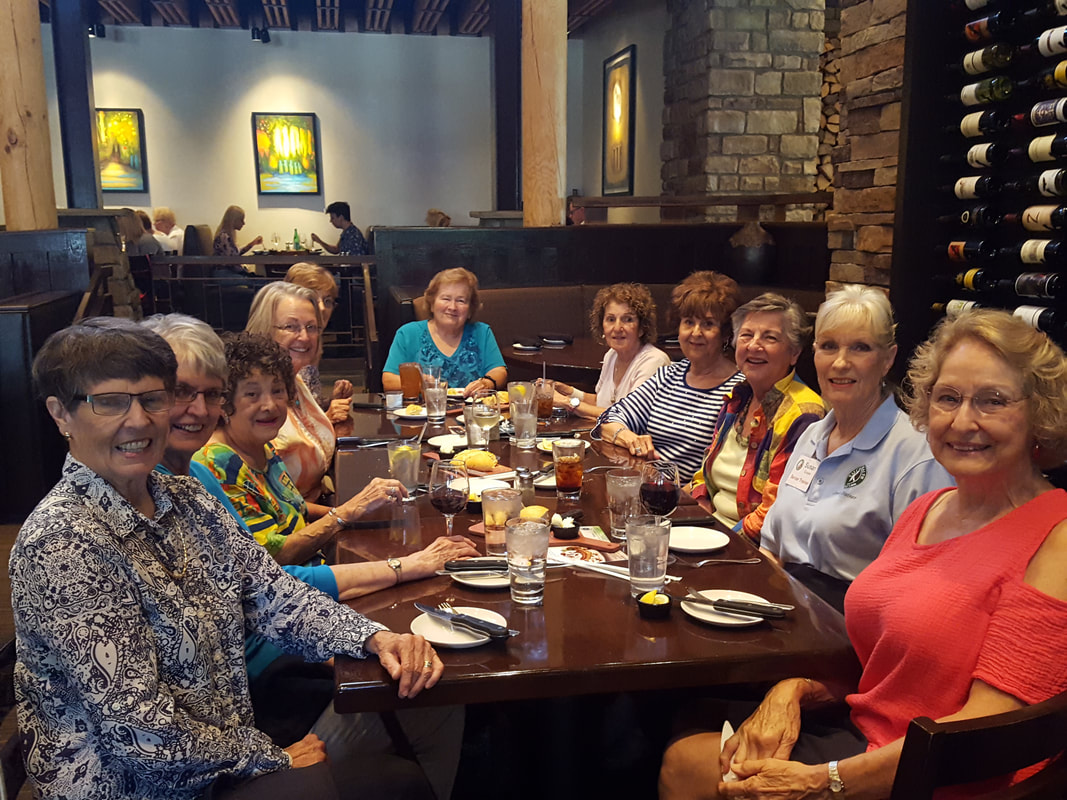 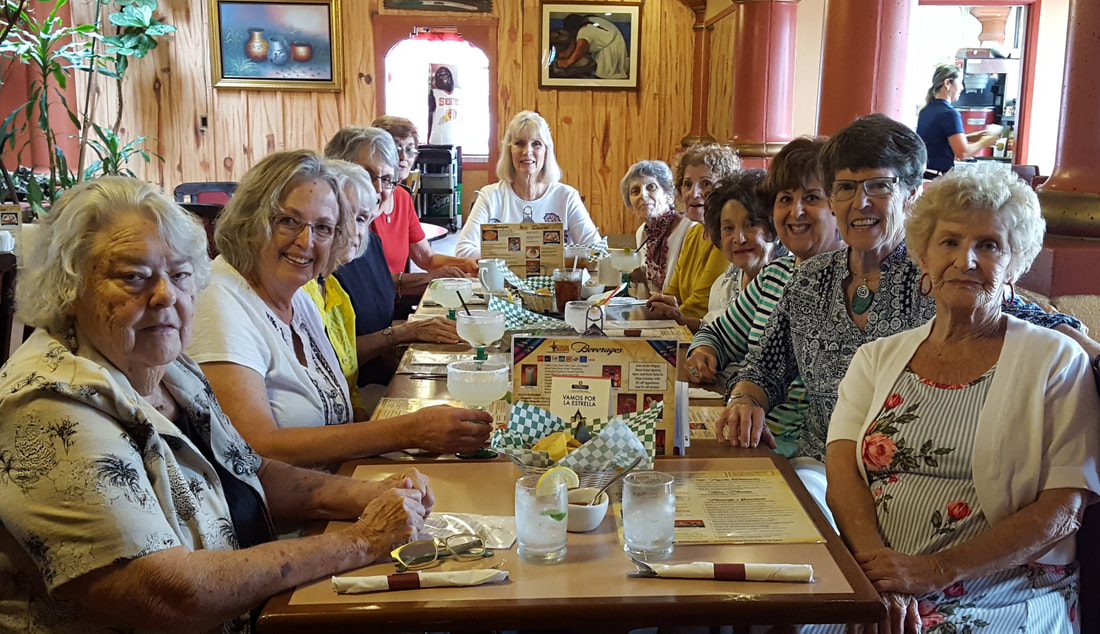 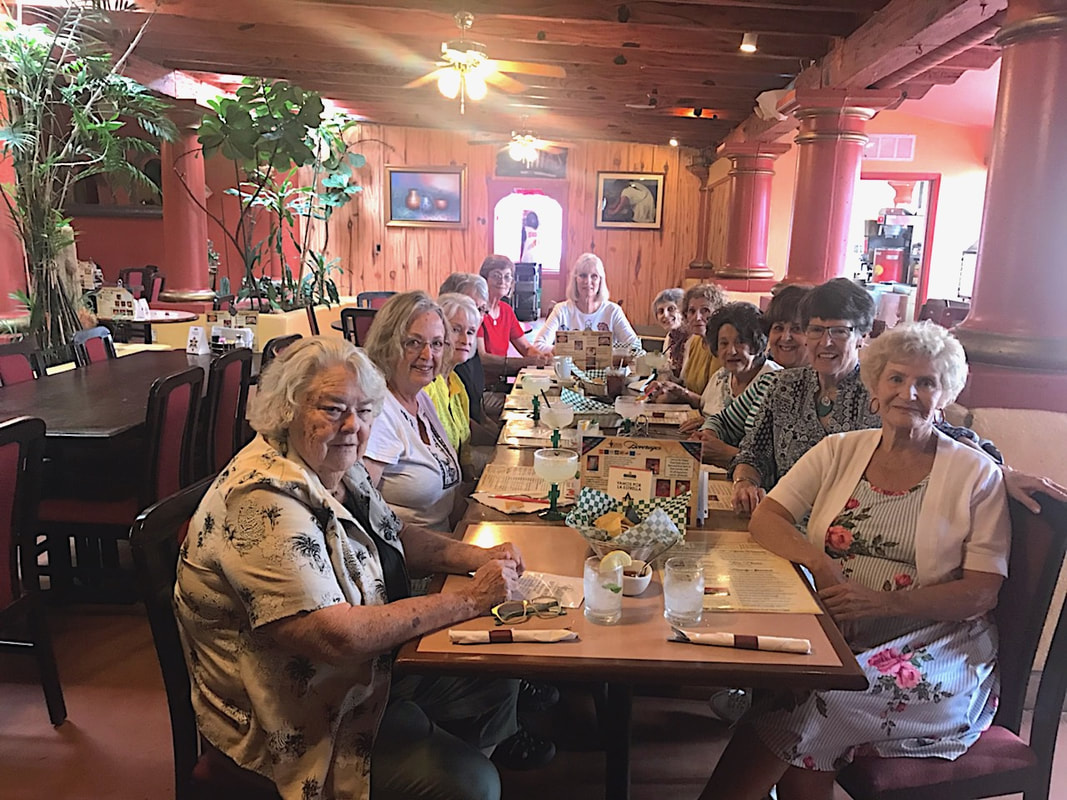 At the chs 60th Birthday function 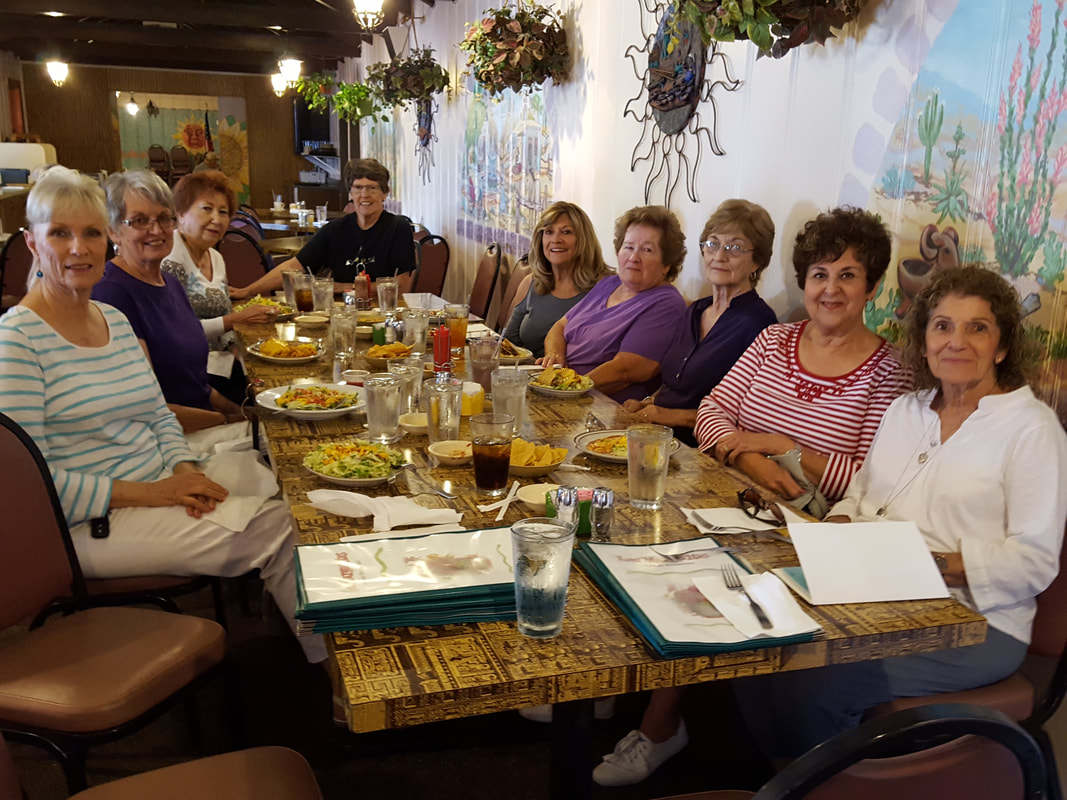 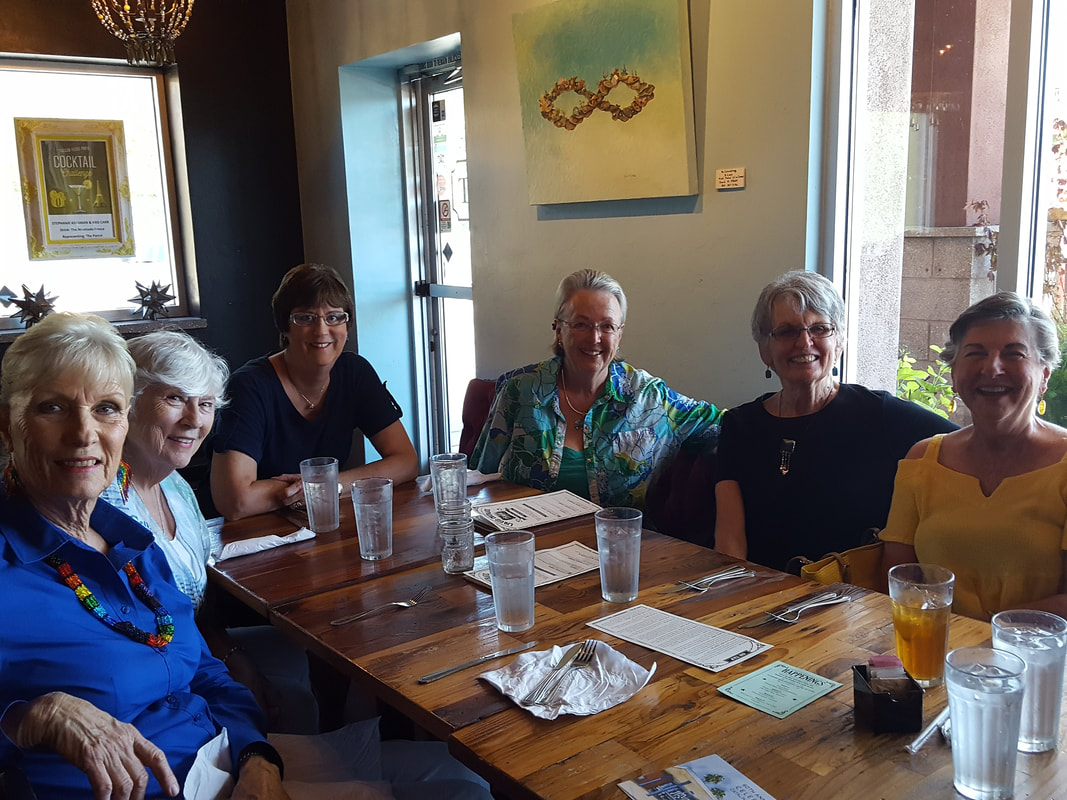 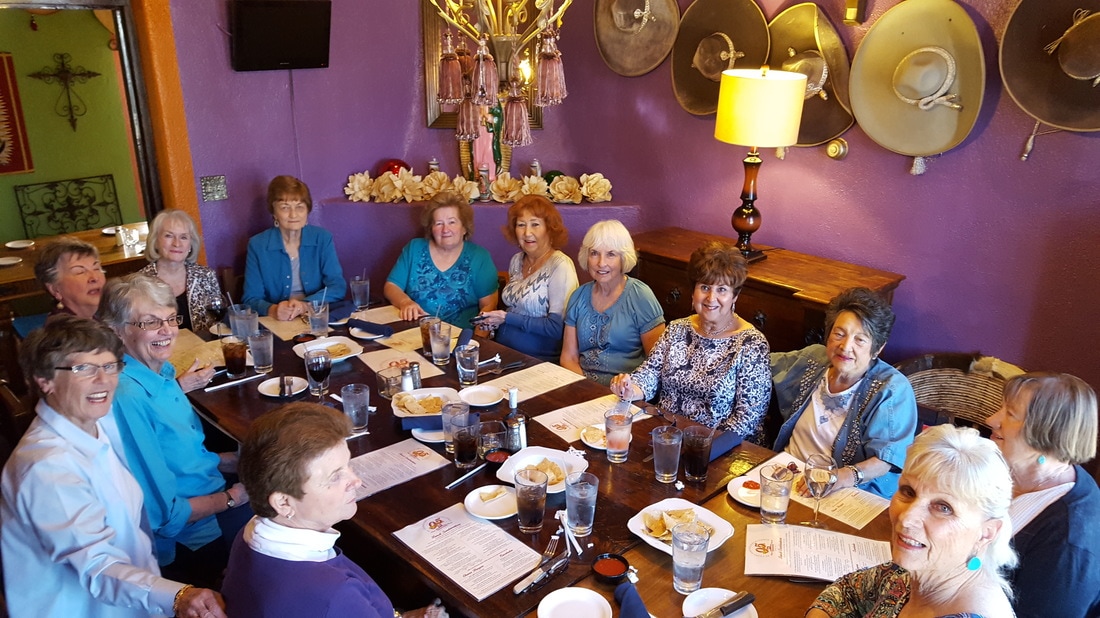 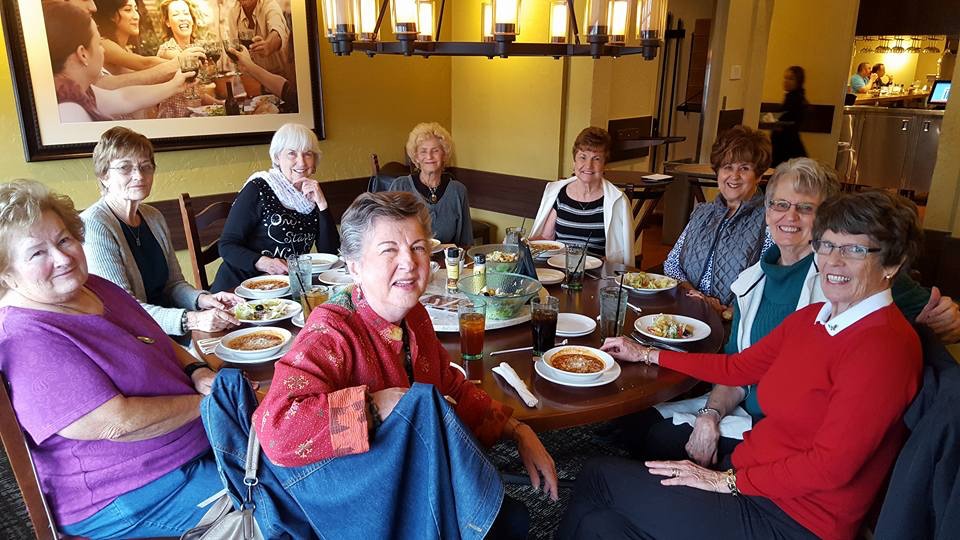 A very nice time at CHS January Luncheon hosted by Judy Barnaby Luckey at Olive Garden.  Thanks Emily for the photo.

A Merry Christmas time was enjoyed by all at Susan's for the CHS 2016 December Luncheon.

Thanks to our gracious hostess Mary Lynn Kinney Weaver we had a really fun luncheon at Lavender Restaurant in the Green Valley Country Club. 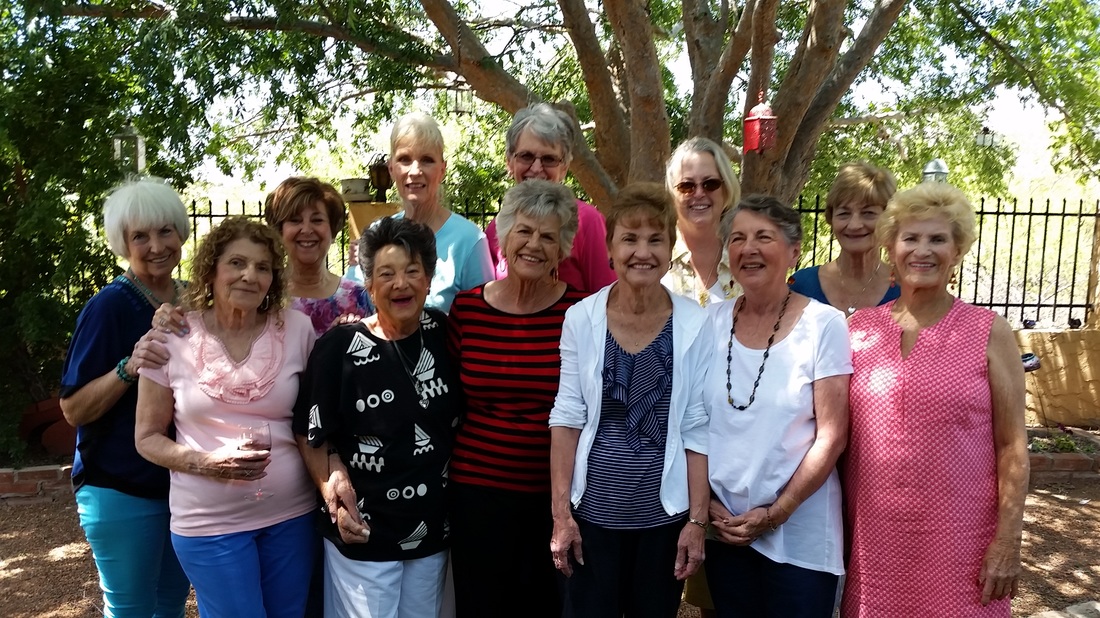 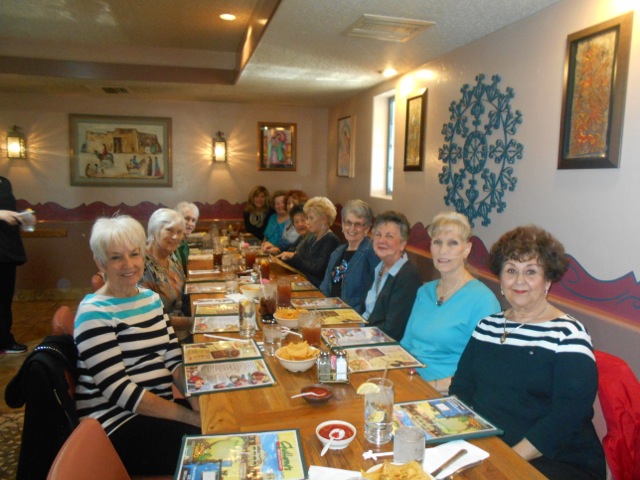 CHS Class of '60 January 2016 Luncheon was at Guillermo's Mexican Restaurant (the old L&L on 4th Avenue).  Pictured from left around the back of the table are: Terry Richardson, Mary Lynn Kinney, Patty Glenn, Susan Hickman, Karen Landon, Carolyn Neal, Carol Sagert, Judy Barnaby, Mary Lynn Moody, Glenda Boonstra, Susan Finney & Joyce Litvin.  Kathy DeGrazia & Emily Kittle were also at this luncheon, just didn't get in the photo.  Thanks to Emily for the photo. 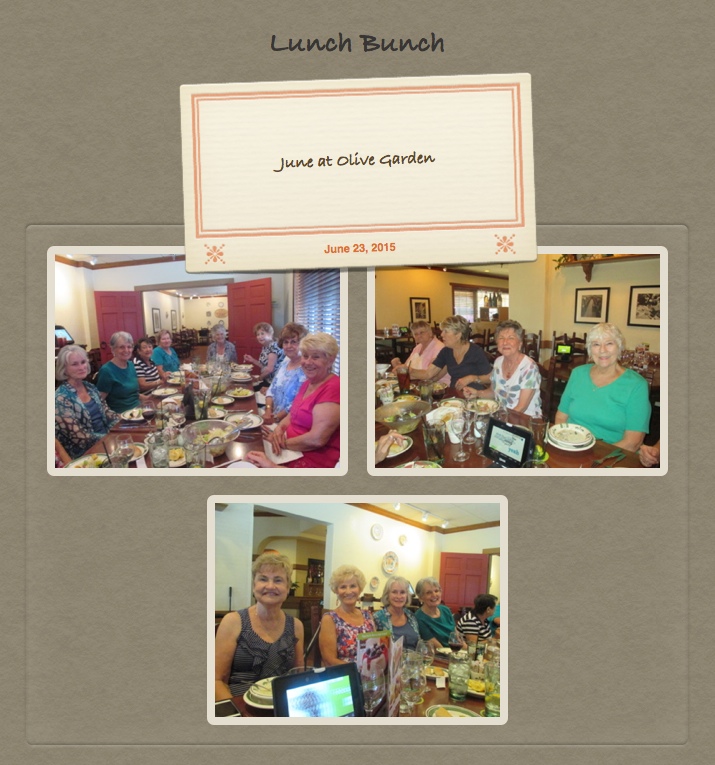 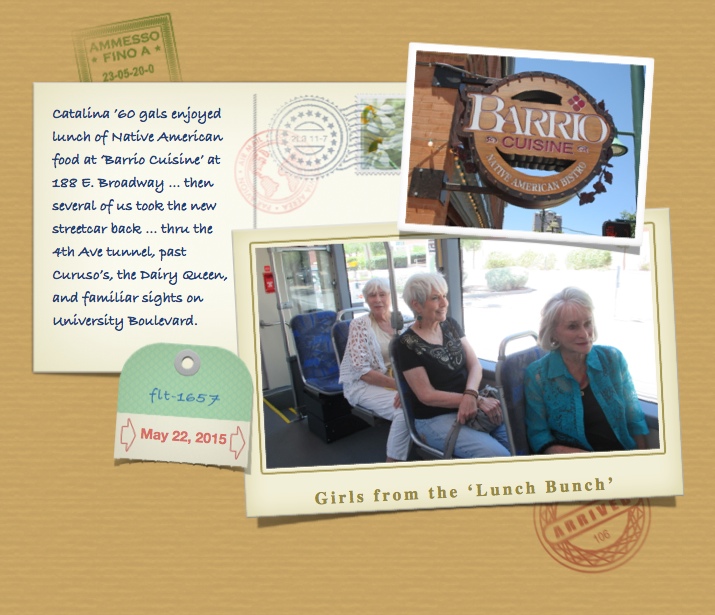 As you can see from the photos below, the December luncheon was absolutely lovely, as usual.  We wish to thank Glenda for hosting this year and for volunteering to host the 2015 December Luncheon next year.  We wish all the girls of the CHS Lunch Bunch a Very Merry Christmas and Happy Hanukkah.

September Luncheon at the Blue Willow 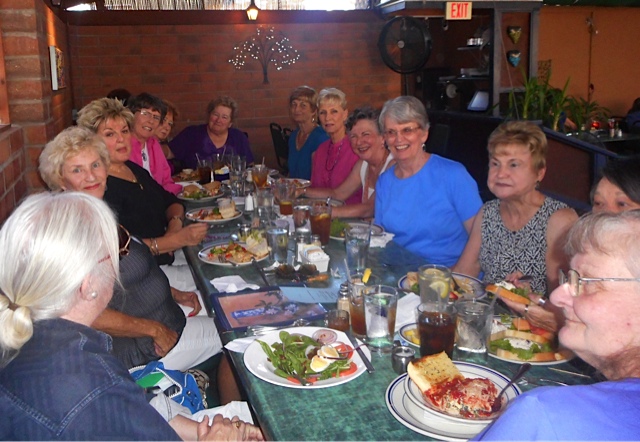 Great time the CHS Lunch Bunch had at Old Pueblo Grille today with a Happy Birthday toast to Terry  and Leslie. 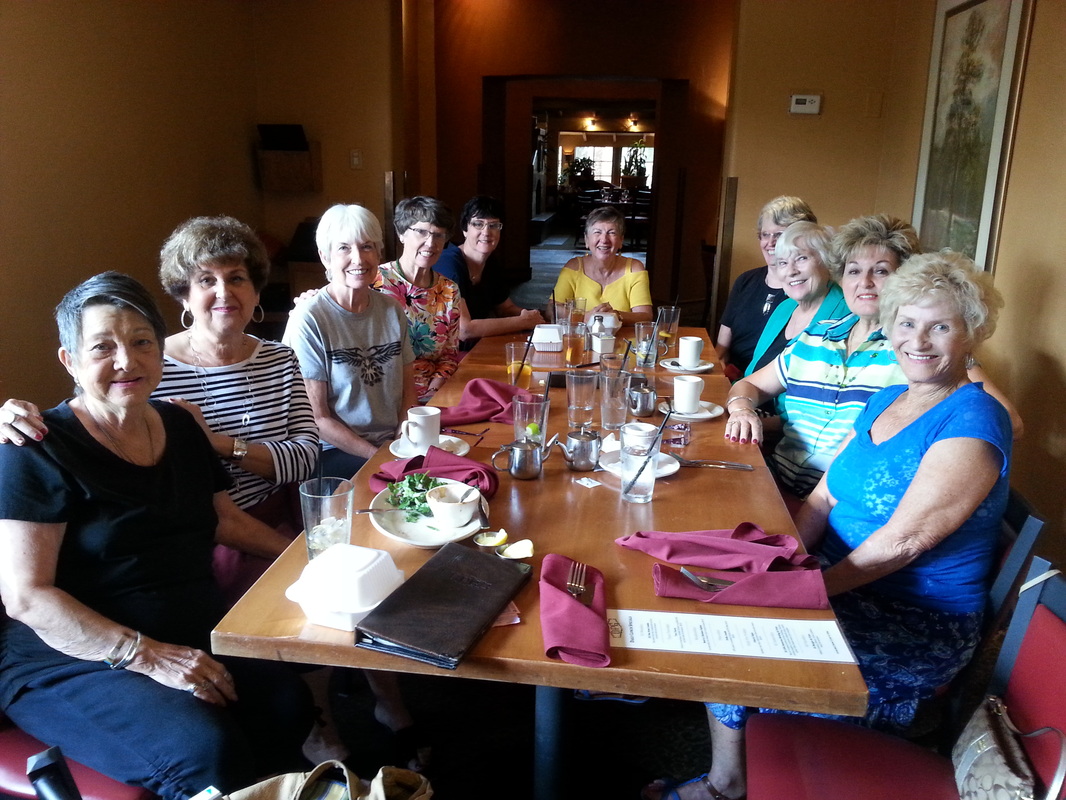 The Lunch Bunch at their March 2014 luncheon held at a restaurant called "The Feast" on Speedway and Tucson. 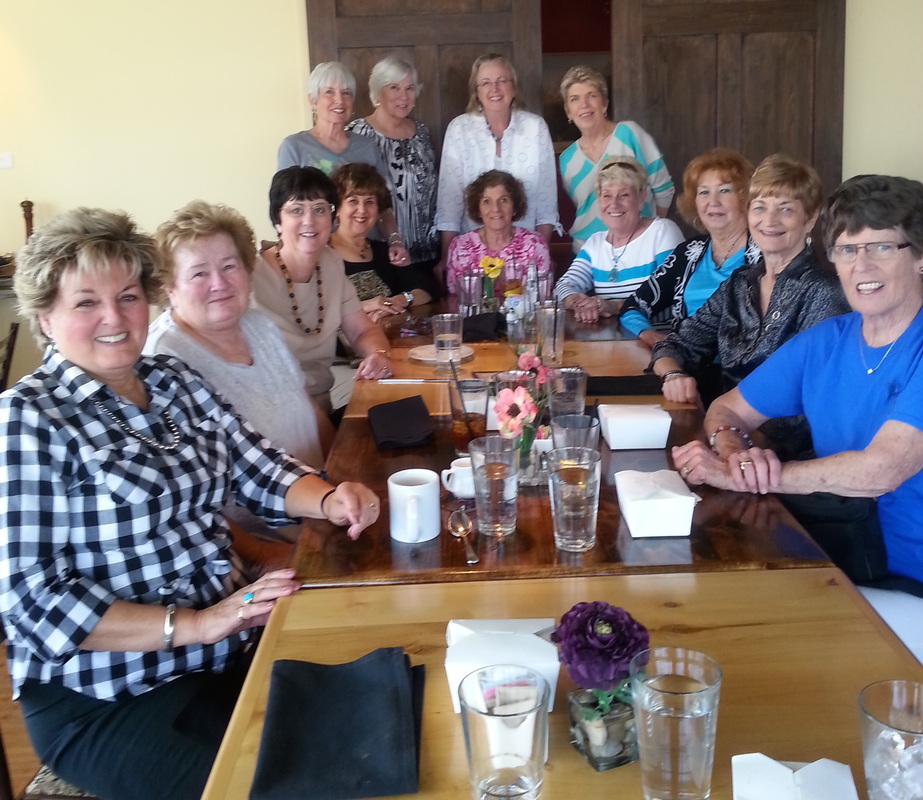